This overview of the history of Baltic Station is based on articles by Jaak Juske.

Plans for the first railway construction project in Estonia were presented to the Minister of Finance of Russia on the initiative of local aristocrats as early as 1862. These plans proposed building a railway line that would connect St. Petersburg to Tallinn and Paldiski. The permission was finally granted after a series of negative replies from government officials.

Can you imagine that Baltic Station would instead be located in Lilleküla or in Kanuti Garden by Mere puiestee? Those sites were seriously considered as possible locations for the new central train station. Eventually, it was decided that the station would be built nearer to the port, opposite the moat beneath Toompea Hill.

Back then, fields and garden plots with a few farms stretched over the area of what is now the district of Kalamaja. At the same time as the construction project, the moat and bastions located in what is now Towers’ Square – known until the early 1930s as Exhibition Square – were levelled. The esplanade that opened up as a result was transformed into the current Põhja puiestee, which was known between 1906 and 1917 as the Alley of the Heir to the Throne. 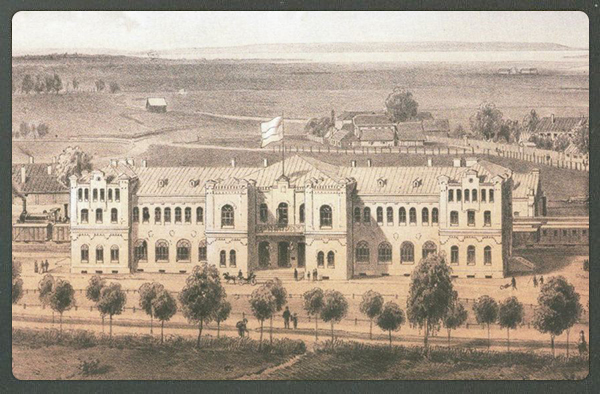 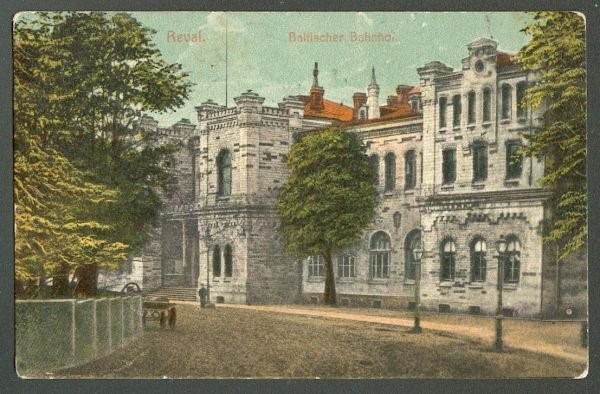 The impressive building designed by Otto Rudolf von Knüpffer was opened on 24 October (according to the new calendar, on 5 November) 1870. Here, a railway line coming in from the town of Paldiski continued towards St. Petersburg with a new line. Baltic Station was planned to be the main station on the Baltic railway line (Paldiski-Tallinn-St. Petersburg) – hence the name Baltic Station.

The former two-storey limestone building featured a symmetrical façade. Walls featuring avant corpses, corner lesenes and large round-headed windows contributed to its impressive appearance. Tallinn-Väike station was built in the same architectural style and has survived to this day.

When walking through the main entrance (from the direction of the Old Town), one reached a lobby with ticket offices and a luggage storage room. In the right wing, there was a waiting room for 1st and 2nd class travellers, a restaurant and a room for ladies. To the left of the main entrance, there was a waiting room for 3rd class travellers. Both wings had exits straight to the platform. On the first floor, there was a stationmaster’s flat and offices, including those used by the board of the Baltic Railway Association.

In 1871, the central factory of Baltic Railway, located opposite of the train station, was built. The factory included a depot for 12 locomotives, warehouses and workshops in Telliskivi street. While most of those structures have been demolished, buildings along Kopli street are currently in use as the Baltic Station market. A workshop and a depot for six locomotives, now a locomotive repair shop, were added over the period of 1873-1874. 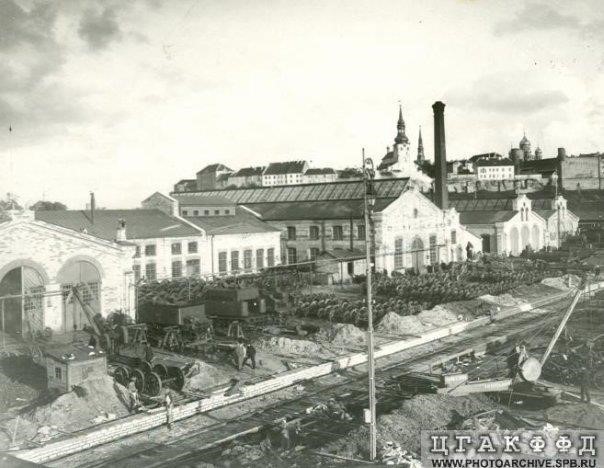 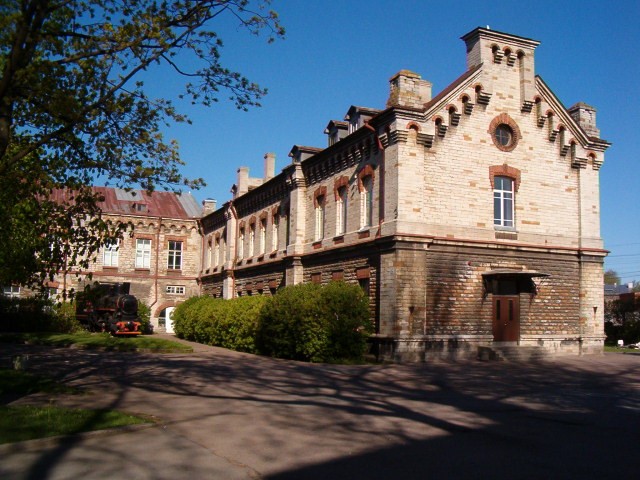 In 1880, a railway school, the predecessor of the current Tallinn School of Transportation, was opened in a wooden building behind Baltic Station. In 1895, a beautiful limestone building of the school, which is still in use to this day, was completed at 18 Tehnika street, Kelmiküla. During the War of Independence, the building was also home to the Estonian military school and before the schoolhouse in Hariduse street, designed by Herbert Johanson, was completed in 1937, to the Tallinn French School.

In 1923, electrification of the Tallinn-Pääsküla line was started. This electrified railway line was opened for traffic on 21 September 1924.

On 1 December 1924, during a failed coup attempt by communists, the building was attacked by a strike team consisting of some twenty men led by Jakob Vakker. Policemen and Minister for Roads Karl Kark who were in the building at the time were killed during the takeover. Baltic Station was recaptured with the help of non-commissioned officers of the training detachment of the 10th regiment. Lieutenant colonel Hermann Rossländer who led the recapturing of the station was killed in the charge.

There is a memorial plaque on the station’s wall dedicated to lieutenant colonel Hermann Rossländer and Minister for Roads Karl Kark. 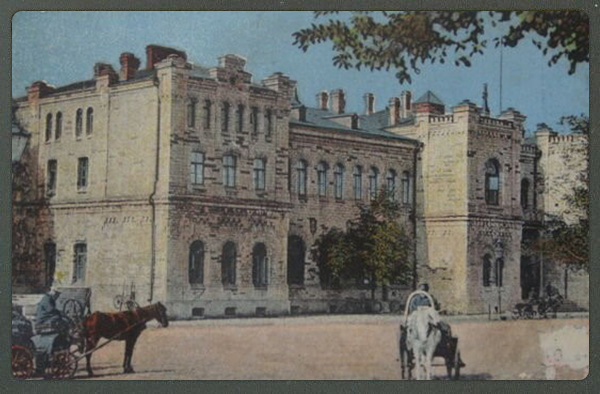 Photo: drivers of horse-drawn carriages in front of Baltic Station in the early 20th century. 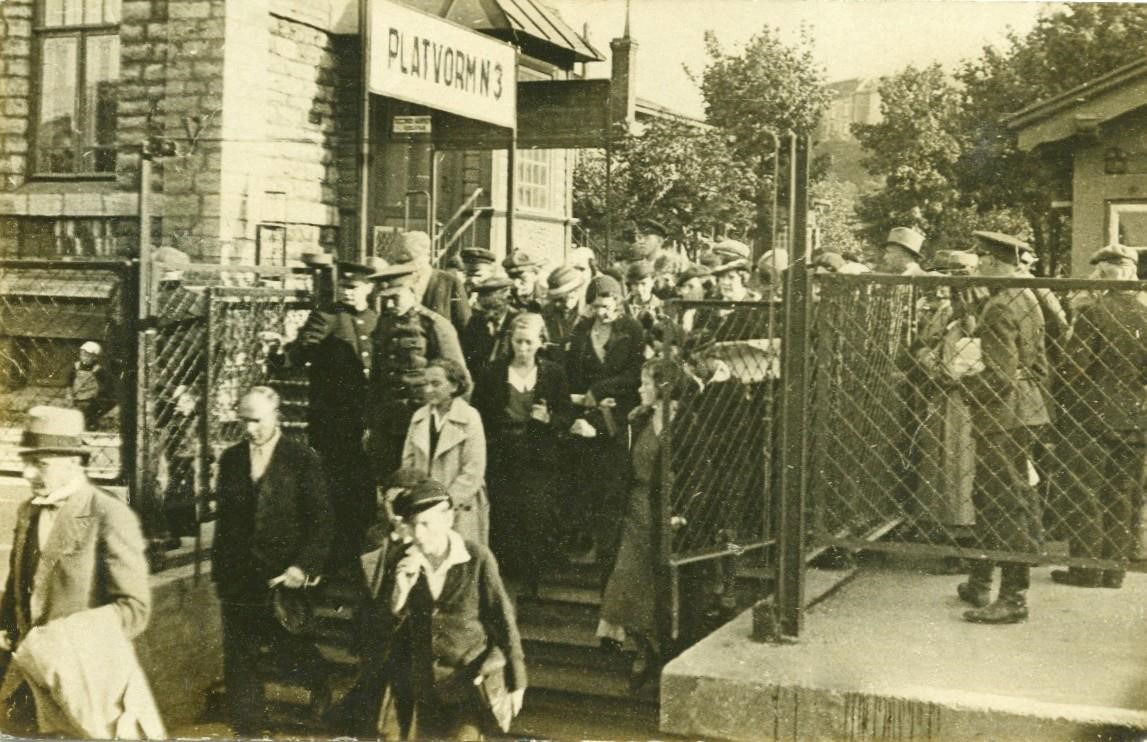 In 1928, a new platform for suburban trains was built and a second set of rails was laid on the Tallinn-Nõmme line.

In the 1930s, the freight station was transferred from Baltic Station to Kopli district. The old freight station was demolished and replaced by spare lines for passenger carriages, stretching up to the start of Soo street until the end of World War II. Even today, a couple of old train tracks can be found there that run parallel to tram tracks. Back then, one railway line led up to the port. 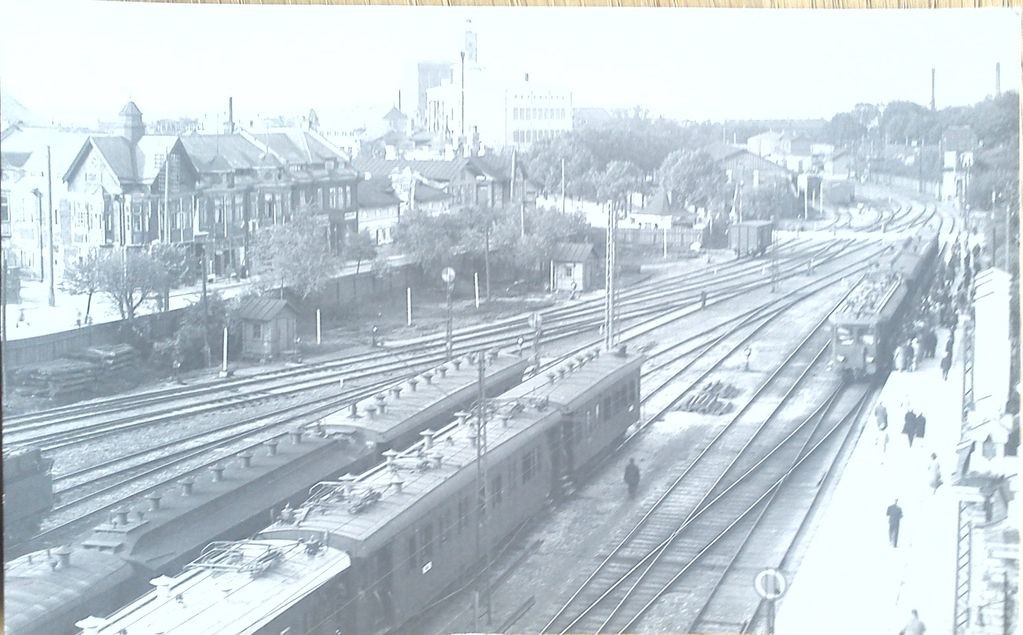 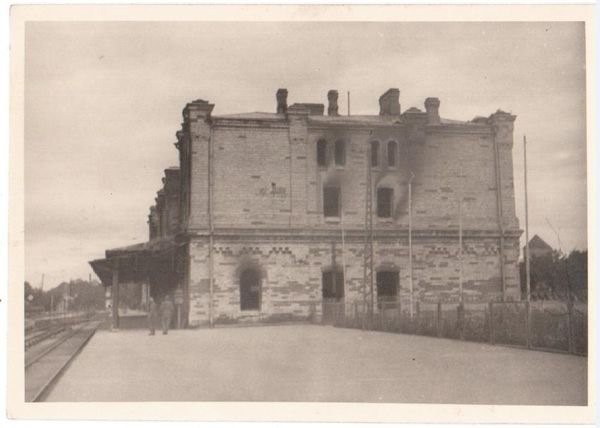 Photo: the main building of Baltic Station, damaged by fire in the summer of 1941 during World War II.

In the summer of 1941, retreating members of the NKVD, a law enforcement agency of the Soviet Union, set the building on fire at the behest of an engineer named Jegorov. At the same time, a politruk, or political officer, named Zhuganov coordinated the destruction of the central telephone exchange. The station’s post office was the last one set on fire.

Photo: the main building of Baltic Station, damaged by fire in the summer of 1941 during World War II.

Rail traffic on Tallinn-Nõmme line resumed on 23 September 1944 and a few days later trains travelled as far as the town of Keila. Repair work on Tallinn-Pääsküla electric railway line was completed in 1946. 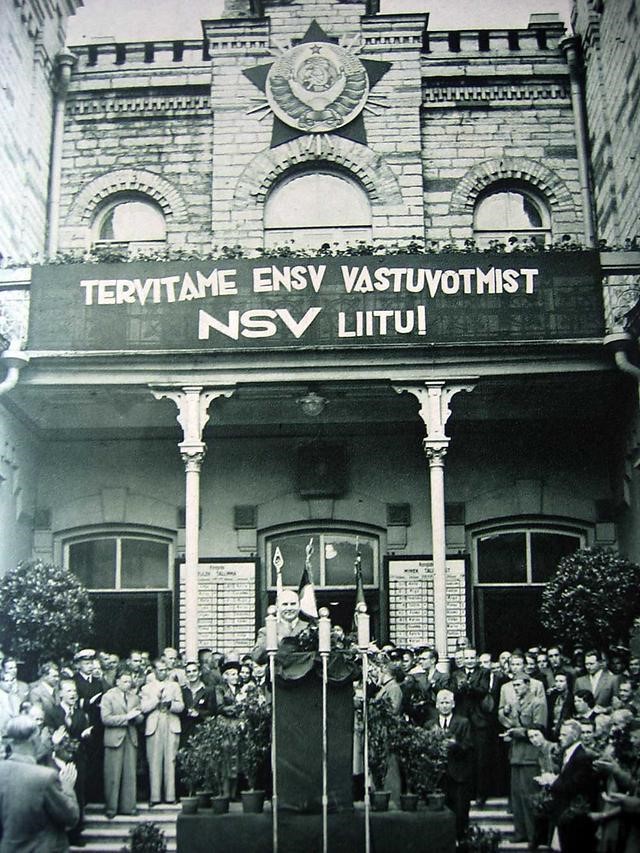 Photo: a political rally in front of the main building of Baltic Station around 1950. 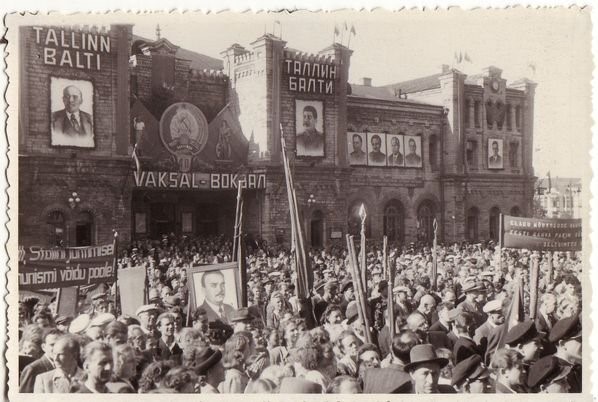 In 1945, the old station was partially restored.

In 1965, railway lines toward Soo street were cut off, mainly due to the completion of a new, spacious passenger terminal for suburban trains, with arched windows lining its upper part. There were seats and ticket office booths in the new terminal. Former railway lines behind the passenger terminal were replaced with kiosks and a bus station for intra-county bus lines. 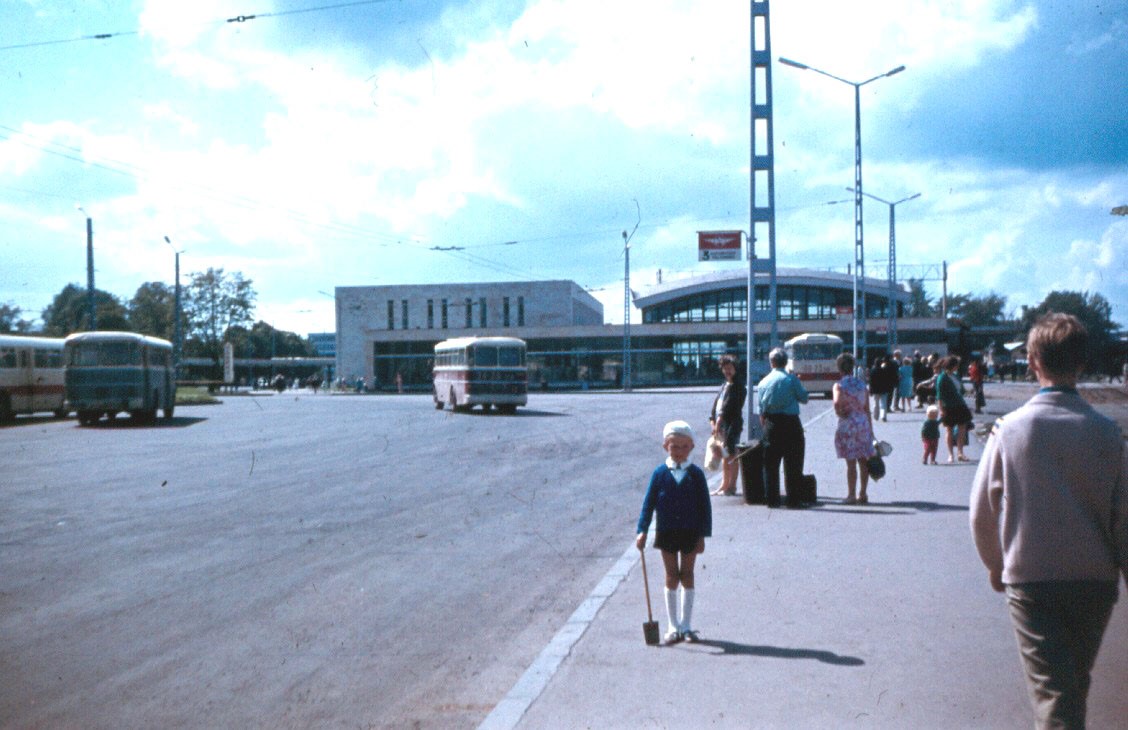 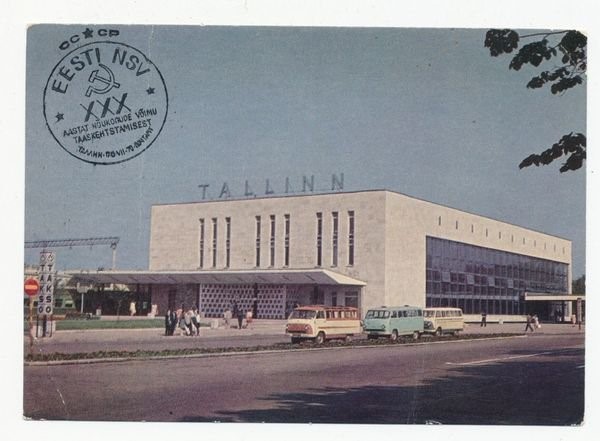 Photos: in 1970. A new structure is erected around the old station; the limestone walls visible in the interior of the new building are the only reminder of its past.

The main building of Baltic Station was re-opened in October 1967. In fact, the former building was to a great extent preserved in the new, larger structure. As a result of the reconstruction work, nothing in the exterior of the new building reminded of the previous structure – it now had bigger windows, a flat roof and no decorative elements. There were two waiting rooms, ticket offices, a post office and other premises on the ground floor. On the first floor, there was a restaurant as well as separate waiting rooms for mothers with children and for transfer passengers. There is a canopy roof in front of the main entrance and another to the platforms next to the passenger terminal. The passenger terminal and the main building are connected by a single-storey structure.

Photos: in 1970. A new structure is erected around the old station; the limestone walls visible in the interior of the new building are the only reminder of its past.

In 1997, the passenger terminal for suburban trains was listed as an architectural monument. 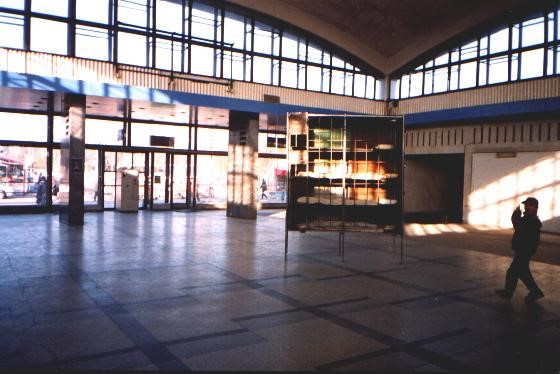 Photo: interior of the passenger terminal for suburban trains in 1988. 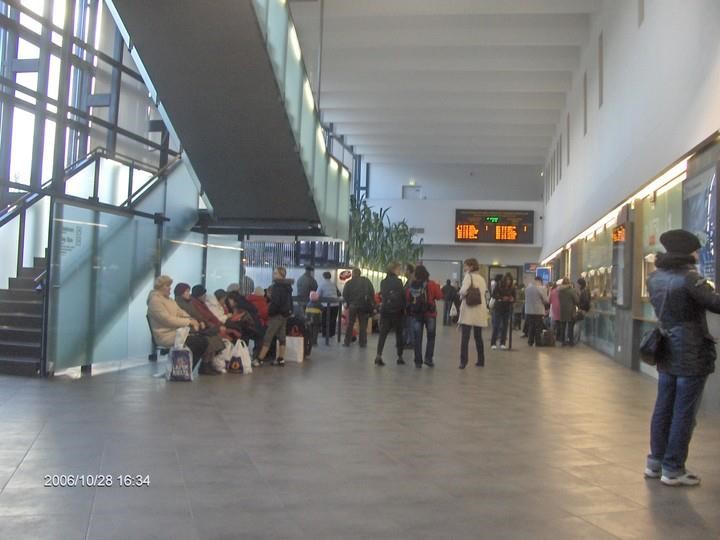 Photo: interior of Baltic Station in 2006.

In 2004, large-scale reconstruction work was carried out in the main building. Doors leading straight from Toompuiestee street to platforms were added. All ticket offices were brought together in one place. A hotel was built next to the train station (in place of a former taxi rank and parking) and connected to the station through a second-floor glass skywalk. Certain sections and walls of the old building, which were previously hidden away, were opened up again.

Photo: interior of Baltic Station in 2006.

The passenger terminal for suburban trains was closed for renovation. During the reconstruction work the original character of the terminal was restored – its intermediate floor, a metal structure from the 1990s, was demolished to open up a large, beautiful space under the dome-shaped roof. Its historic concrete floor was repaired, and the toilets and façade were renovated. In terms of technical solutions, the building was equipped with modern technical and utility networks. The terminal was between September 2016 until March 2020 used as a unique and multifunctional venue for events. 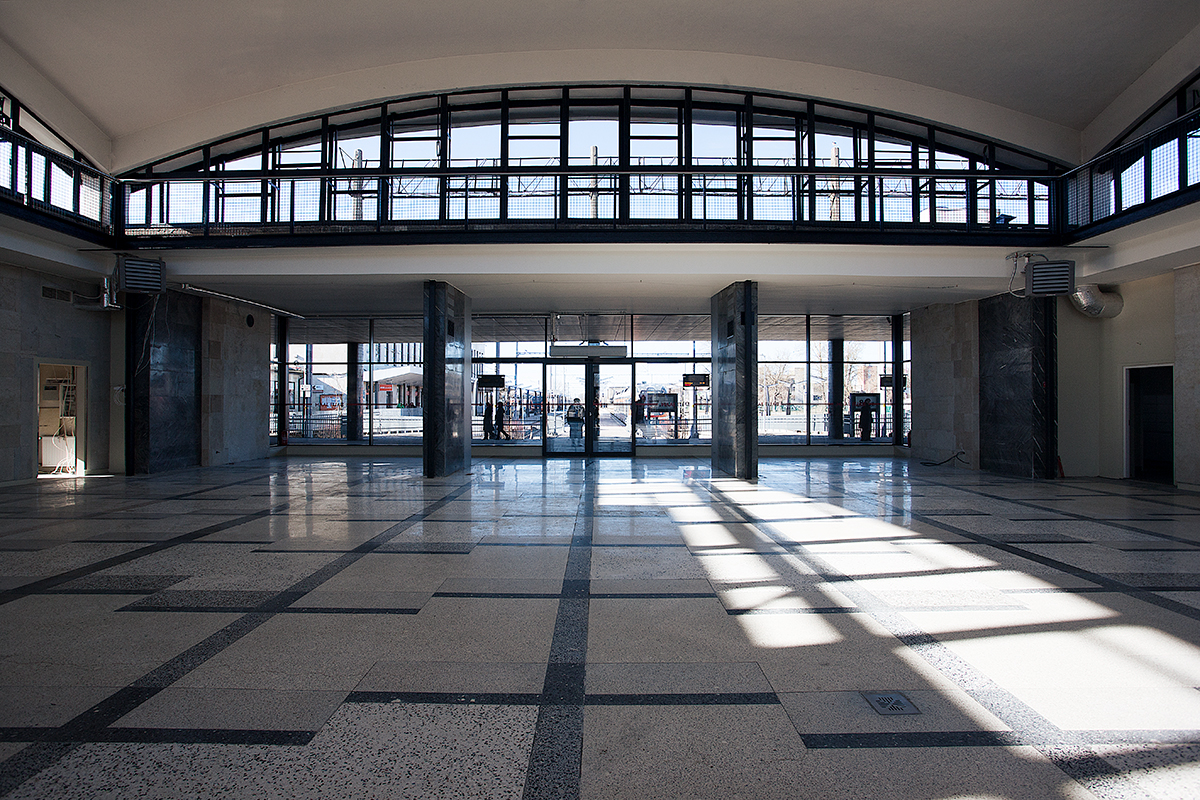 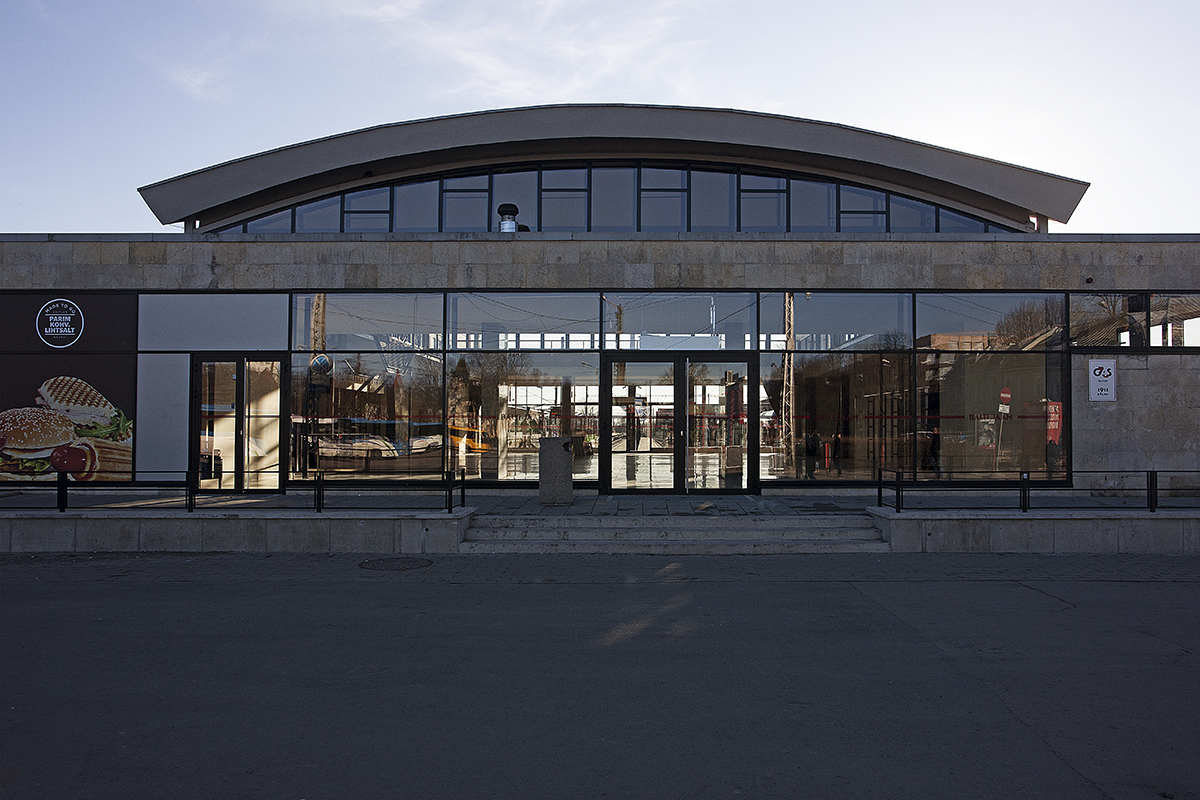 In 2017, Tallinn City Planning Department awarded the owners, designers and builders of exemplary restored buildings with restoration prizes and recognitions. RealWay OÜ which belongs to the Go Group, received recognition for the restoration of the Baltic Station passenger terminal.

In 2020 the Baltic Station celebrates its 150th anniversary. Today, the area around Baltic Station takes up some 9.3 hectares of land between the streets of Toompuiestee, Tehnika, Rohu, Telliskivi, Kopli and Suurtüki as well as Põhja puiestee and Rannamäe Road. The entire area is part of the sub-district of Kelmiküla. In the main building, there is a waiting room for rail passengers, grocery store, flower shop, beauty salon, travel agency, seminar facilities and a number of other service providers. 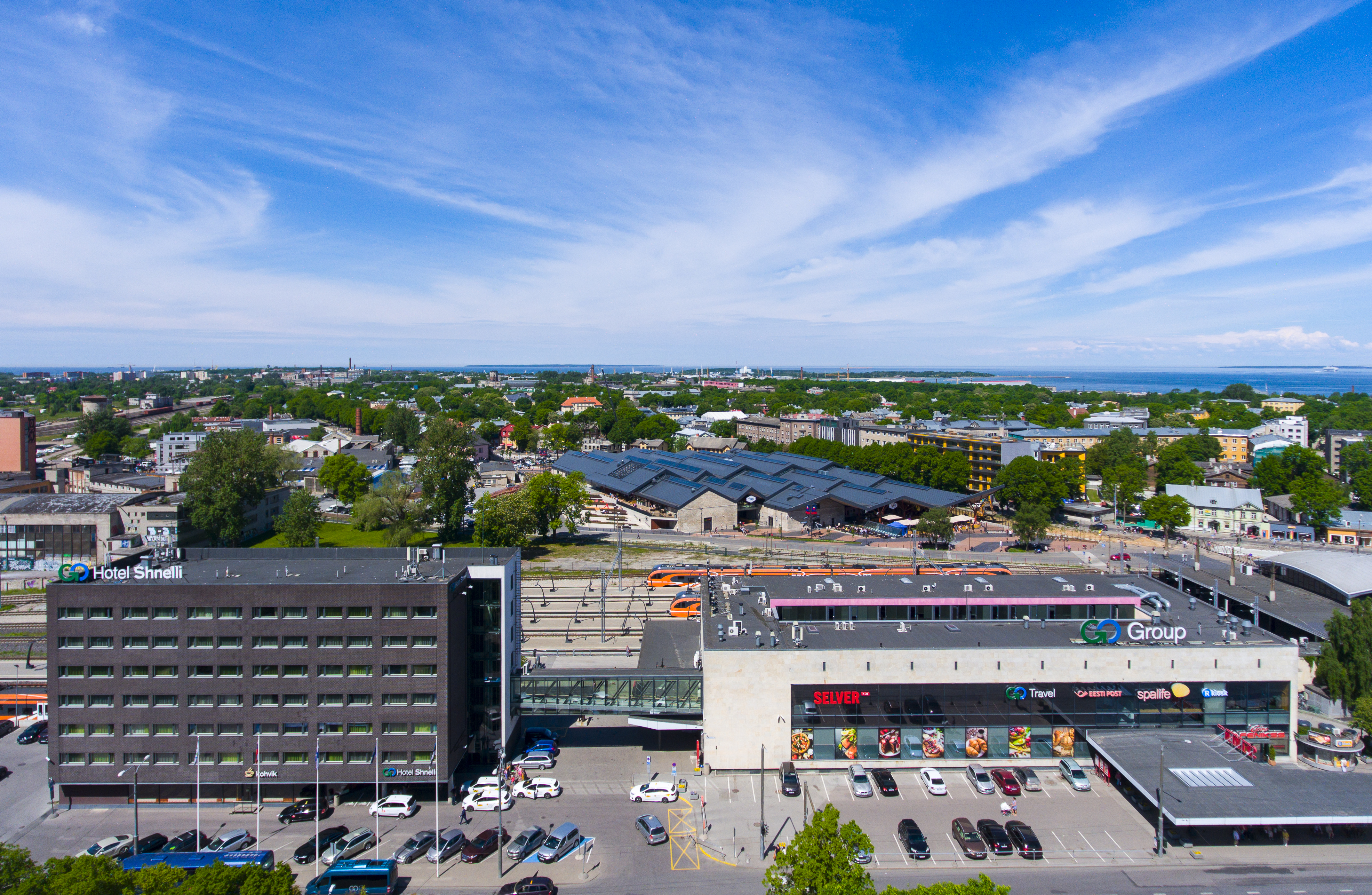